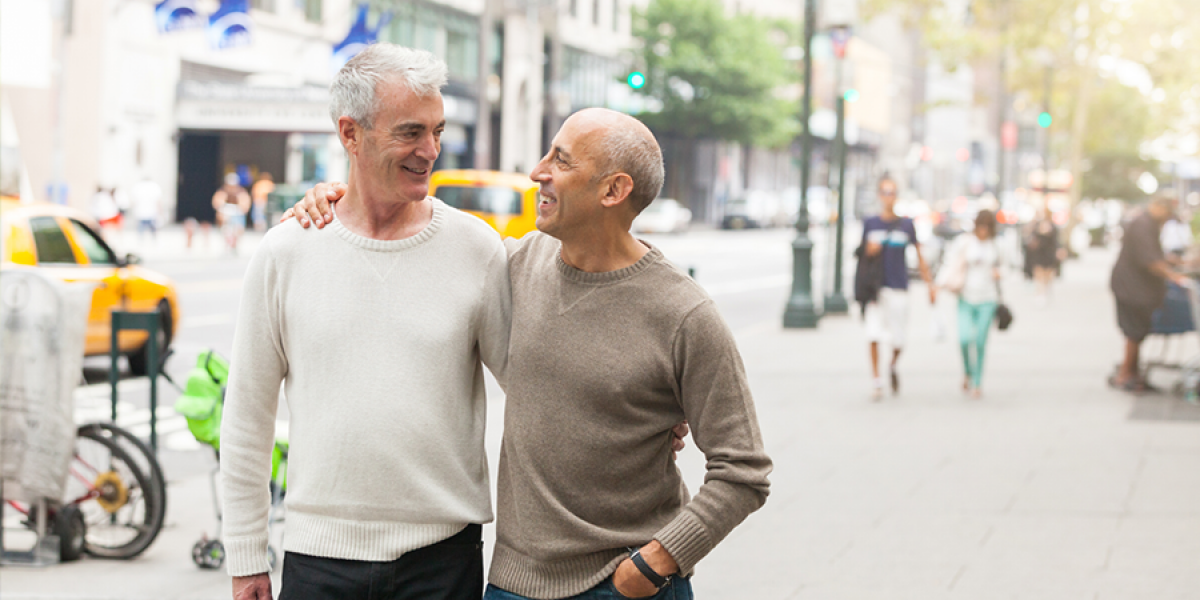 This blog post is the second in Blue Cross & Blue Shield of Rhode Island’s (BCBSRI) three-part series addressing important health topics for sexual minority women, sexual minority men and transgender individuals. Studies show that members of the LGBTQ+ community don’t always receive the same level of healthcare as their heterosexual counterparts. This disparity is often attributed to actual or anticipated discrimination or lack of access to health coverage. We encourage you to be as open as possible with your healthcare provider(s) to ensure you get the best, most appropriate care. Below are some health concerns you may want to discuss with your healthcare provider.

The Office of Disease Prevention and Health Promotion’s most recent Healthy People initiative outlined the past decade’s health goals in the United States and flagged several physical, mental and sexual healthcare disparities impacting men in the LGBTQ+ community.

Much of the care for gay, bisexual, queer and other men who have sex with men, reflects the standards of recommended care for all men. However, there are nuances in both medical and behavioral health for sexual minority men that should be addressed. These unique factors can negatively impact their healthcare unlike their straight counterparts. Healthcare providers might lack the knowledge, training or willingness to treat patients, while sexual minority men may have concerns over confidentiality and compassion from the provider. Quality care involves mutual respect and understanding, so the possibility of a disconnected relationship may prevent sexual minority men from seeking testing or prevention and treatment services that they may need, furthering the risk of poor health.

Individual health risks are shaped by factors beyond sexual orientation — including family history, age and geography — but it's important for healthcare providers to understand and screen for health concerns that may be more common for sexual minority men.